Georgian grassroots activists and the movement to oppose a dam

In the run-up to COP26 in Glasgow, XR Global is sharing global stories of climate and ecological injustice to underline the need for genuinely equitable and just outcomes from the conference if it is to have any meaningful impact. This piece explores the battle for place and livelihood in Georgia as activists across the country have built a movement to oppose the construction of a dam they say threatens biodiversity, local livelihoods and cultural heritage.

March 14 2021 – the International Day of Action for Rivers – a small demonstration in Lechkhumi, Georgia, against the construction of a large dam on the Rioni river, grew into a nationwide environmental protest.

The protests on March 14 in Kutaisi

Residents of the Rioni River Valley oppose the $800 million hydropower project on the grounds that it will affect eight settlements, with 100 families being subjected to physical resettlement and 197 affected by economic displacement - losing the ability to make a livelihood as a direct result of the proposed site. Three villages will be entirely submerged.

Opponents have also warned of threats to biodiversity and the region’s cultural heritage and tourism. Ilia State University’s Institute of Earth Sciences pointed out in 2019 that, in the event of an earthquake, damage to the dam could trigger a 34-metre wave that would hit the city of Kutaisi and could flood 18 municipalities in western Georgia.

The seismic and geological risk, the effect on people forced to resettle and lack of transparency from the government around the project are all motivating factors for the protestors who, in October 2020, set up camp outside the offices of ENKA Renewables – the Turkish company contracted to deliver the project – in Zhoneti, and in areas of the Rioni Valley. 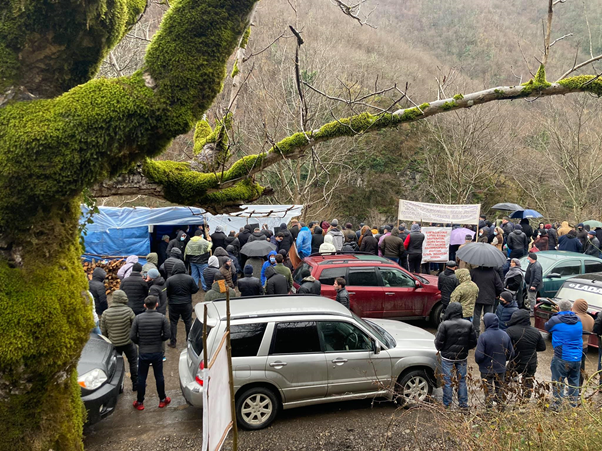 In April 2021 police were sent into villages, such as Gumati, to erect checkpoints to block off the areas and enable construction to go ahead. Still, the grassroots “guardians of the Rioni Valley” remained committed to their cause, and in March support grew as the activists took their protest to Kutaisi, the country’s third-largest city. Thousands turned out in support of their movement to prevent the dam’s construction.

Led by Varlam Goletiani, Maka Suladze, Marita Museliani and others, the protest gained attention, with the opposition parties Lelo and Girchi declaring their support, although Girchi has since changed its stance and now backs the hydropower project.

The activists' work has since continued, with a further protest taking place on May 26 - Georgia’s Independence Day - in the capital Tbilisi. The protestors camped in First Republic Square for four days leading up to the demonstration, demanding a complete halt to construction of the dam, the termination of contracts with ENKA, the resignation of the Minister for the Economy Natela Turnava, and the initiation of criminal proceedings against her. The demonstration itself attracted support from a wide range of activists in the city, despite efforts by the media to distort the environmental issues by raising questions about the beliefs of protestors in relation to LGBTQ+ rights.

The protestors returned to the Rioni Valley after the demonstration to an enthusiastic welcome in Kutaisi, marked by supportive flag-waving and honking of car horns. Heidi Hautala, a vice-president of the European Parliament, made a statement in support of the protests. 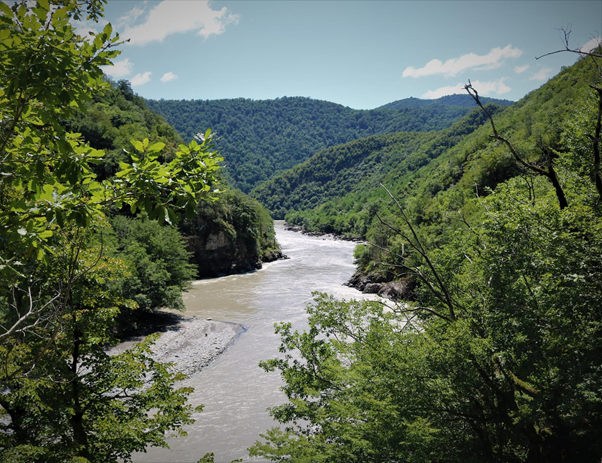 Although in April the government of Georgia promised to postpone the construction of the dam in order for more research to take place, the work appears to have continued.

Nevertheless, the protestors have managed to draw widespread attention to the environmental and social injustice of the dam project, and to challenge the government’s authority to lease land to foreign investors like ENKA, who are rarely subject to liabilities and can even demand compensation from the government in the case of disruption due to protests.

The protestors are also demanding a moratorium on the 80 planned hydropower projects in Georgia until it can be determined whether they are the best solution to the challenges faced by the energy sector; or whether diversification of the sector, in which 70% of energy is generated through hydropower, is needed.

Varlam Goletiani has stated that he wants the people to be involved in decision-making around how land is used, to create a country that respects both people and land.