On the verge of a “historic pact” to “achieve real system change”? Or just another opportunity for “greenwashing, lying and cheating” in a series of conferences that have "monumentally failed humanity and all the living world for 26 years"?

The 27th UN Conference of the Parties in Sharm el Sheikh, Egypt - COP27 - arrives in the context of rising inflation worldwide, war in Ukraine and beyond, and potential global recession - and, as with every COP in the context of an accelerating climate and ecological emergency (CEE), it matters more than ever before.

In the smouldering ashes of an unsurprisingly disappointing COP26 in Glasgow, the recent United Nations Environment Programme (UNEP) “Emissions Gap” report highlights how last year’s updated national pledges (NDCs) have had a “negligible difference” on predicted global emissions levels by 2030, leaving us on a path to a catastrophic 2.4°C of warming by 2100 as the effects of the climate crisis are already being felt worldwide.

So, is there any hope for COP27? What needs to be achieved for it to be a success? And, where else can we draw strength from, in light of failing multilateral governance?

COP27 got off to an awful start, announcing Coca-Cola - a company ranked the world’s “Top Plastic Polluter” for four consecutive years (2018-2021) - as its primary sponsor.

There is little doubt that this partnership “undermines the very objective of the event it seeks to sponsor”, but beyond Coca-Cola, plastic pollution has deep corporate and colonial roots. Perhaps more outrageous than the deep harm plastic does to our oceans is the disproportionate impact its production and consumption has on marginalised communities across the world.

The cherry on the cake? Coca-Cola has sent PR firm Hill & Knowlton to do their publicity at the conference - a PR firm whose previous clients include big tobacco and big oil…simultaneously.

The fact the UN managed to get itself into bed with a petrochemical polluter should be surprising - an outrage, really - yet given that COP26 was sponsored by Unilever, a current and previous ‘Top Plastic Polluter’ itself, this level of wilful ignorance and cognitive dissonance is, sadly, unsurprising.

In light of the spike of disinformation and corporate greenwashing that tends to accompany COP, “Climate Action Against Disinformation” - a “coalition of over 50 leading climate and anti-disinformation organisations”, has released a COP27 Survival Kit on how you can look out for and take action on climate disinformation over the next ten days.

“Loss and damages” is the phrase of the moment at COP27, yet only just made it onto the official agenda.

It refers to the ‘losses’ and ‘damages’ countries are and will continue to experience due to the CEE. As the Costa Rican NGO Ruta del Clima notes, these losses and damages need to be seen through more than a simple economic lens, but as socio-cultural too, including impacts on language and traditions, as well as forced displacement for frontline communities. 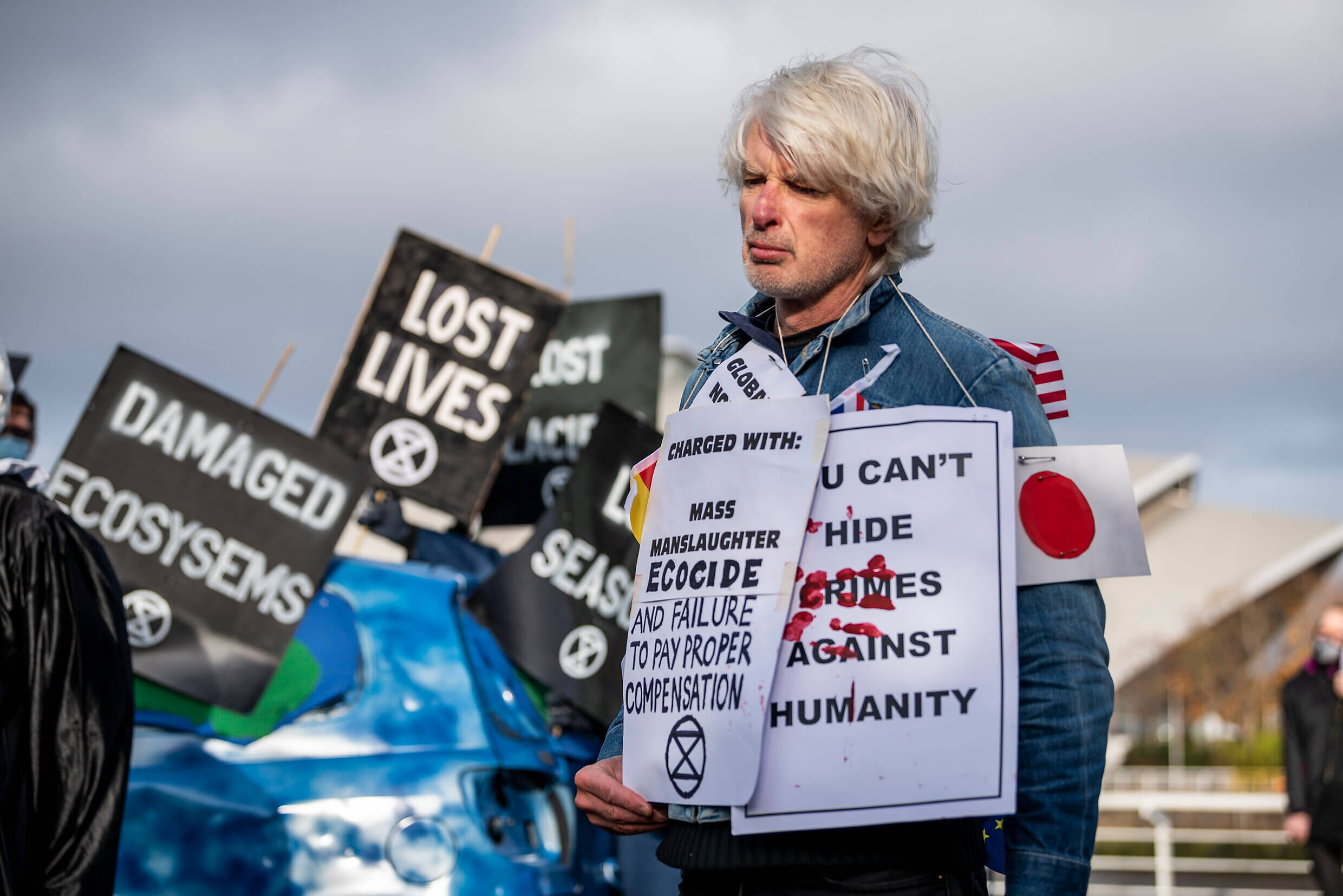 This phenomenon is underpinned by two truths:

In the context of UN climate negotiations, countries already suffering these impacts have been pressing for wealthier nations - whose colonial and neocolonial activities have exacerbated global inequalities and vulnerabilities to the CEE - to provide financial compensation through legal recognition of responsibility for these losses and damages, in light of moral and historic obligations.

Recent flooding in Nigeria and (yet another) drought in Somalia are just two of myriad examples of this trend.

However, multilateral negotiations have a long history of failing to meet agreements on climate finance.

A promise made at COP15 in 2009 of $100 billion to assist ‘developing’ countries adapt to climate change has not materialised. And, while COP19 in Warsaw established the "International Mechanism for Loss and Damages", this was directly undermined by Paragraph 51 in Article 8 of the 2015 Paris Climate Agreement (COP21) which states explicitly that the agreement heralded by some as the “world’s greatest diplomatic success” does “not involve or provide a basis for any liability or compensation”.

Recent positive steps taken by Denmark show there is still hope here. Ultimately and sadly, for many small island nations and those already suffering from the CEE, COPs are a primary, if not the only platform for speaking out with any hope of meaningful recognition from governments and finance institutions in the Global North.

In the words of the inimitable Prime Minister of Barbados, Mia Mottley, speaking at COP26:

“Failure to provide the critical finance, and that of loss and damage, is measured, my friends, in lives and livelihoods in our communities. It is immoral, and unjust”.

Whether or not COP27 will deliver on these urgent justice-centred needs remains to be seen.

Power to the People?

A consistent positive outcome from COPs since 2009 has been the transnational mobilisation of civil society groups in and around the conferences.

At COP27, the on-the-ground ability for activists to mobilise and protest freely is severely hampered both by concerns over human rights abuses perpetrated by the Egyptian government, and draconian guidelines necessitating 36 hours advance notice for authorities, accreditation and a 10:00-17:00 window in a surveilled area far from the conference zone for any protest activities.

In an even more overtly dystopian turn, recent reports indicate that Wi-Fi in the conference zones is blocking access to various news agencies and human rights websites, with founder of youth climate justice movement Earth Uprising, Alexandria Villaseñor, pointing out that: “there is no climate action without truth or information”.

Those with experience on the ground at COPs will know that restrictions on freedom of expression and protest are not a new phenomenon at global climate conferences: heavy-handed and intimidating policing tactics were used in Glasgow to quash protest; while vaccine apartheid kept many civil society leaders from the Global South away while hundreds of fossil fuel lobbyists flooded in. 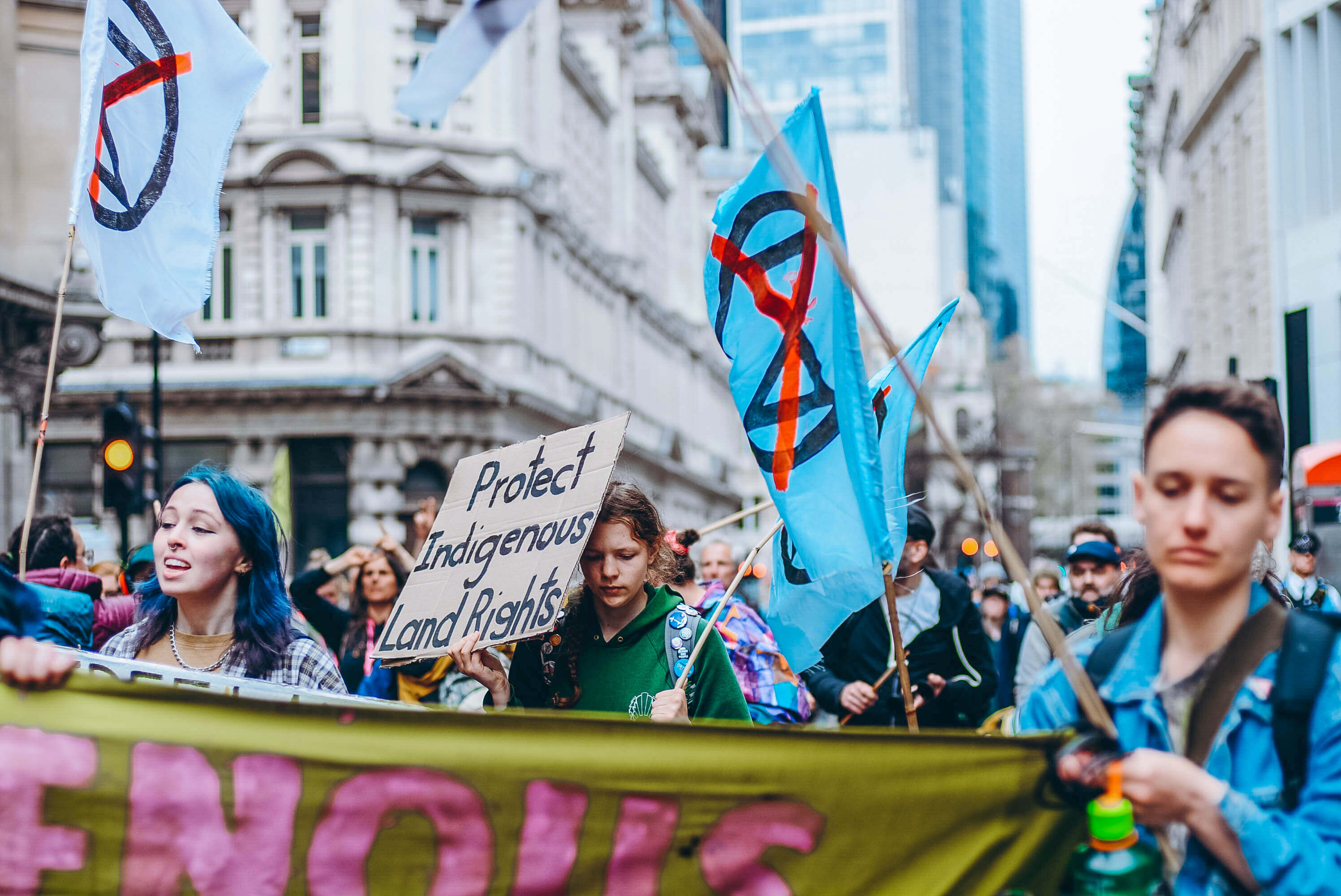 In previous years, the gathering of activist-citizens from across the world has led to the creation of large-scale coalition movements, including the Climate Justice Coalition - a network of over 100 social movements, campaign groups and NGOs - which successfully mobilised over 100,000 people onto the streets of Glasgow in November last year, and many more around the world. The Coalition has organised another day of global action, to be held on November 12, 2022.

Also exciting has been the development of ‘Alternative COPs’, like the ‘Cumbre Social’ (Social Climate Summit) in and around COP25 in Madrid, which gave a platform to groups and speakers excluded from the official negotiating spaces, such as Indigenous leaders or more critical activist voices.

This year, the COP27 Coalition is led by Egyptian, African and Arab civil society groups and they have five key demands:

Given the restrictions that are in place, the realisation of these demands is uncertain, though the forming of the coalition itself is an undoubted force for good. Despite this, perhaps the most important question we can ask ourselves is: would this energy be better spent elsewhere?

At the heart of the myriad contradictions present at COP27 is the key question: Is COP set up to fail?

The repeated exclusion and alienation of individuals and communities on the frontline of the CEE suggests it is.

The repeated failure of these conferences to re-frame the issue beyond the confines of a perverse ‘growth-centric’ and western-centric mindset suggests it is.

The repeated failure of those countries most responsible for the extractivist, expansionist mindset to commit to action at the scale and pace required suggests it is.

However, written in safety thousands of miles away from either the conference itself or those areas and peoples who have suffered both loss and damage due to the CEE already, these critiques are a luxury.

The reality is that we need urgent action on every level.

The reality is that those in the Global North have historic and moral duties to redress climate injustices increasingly measured in lives lost.

The reality is that we have to act now, tell the truth, and go beyond the broken politics of the past to have any chance of reaching the just, equitable and sustainable futures this crisis demands.